Andorra (Aragon) with its carbon power plant and its vultures 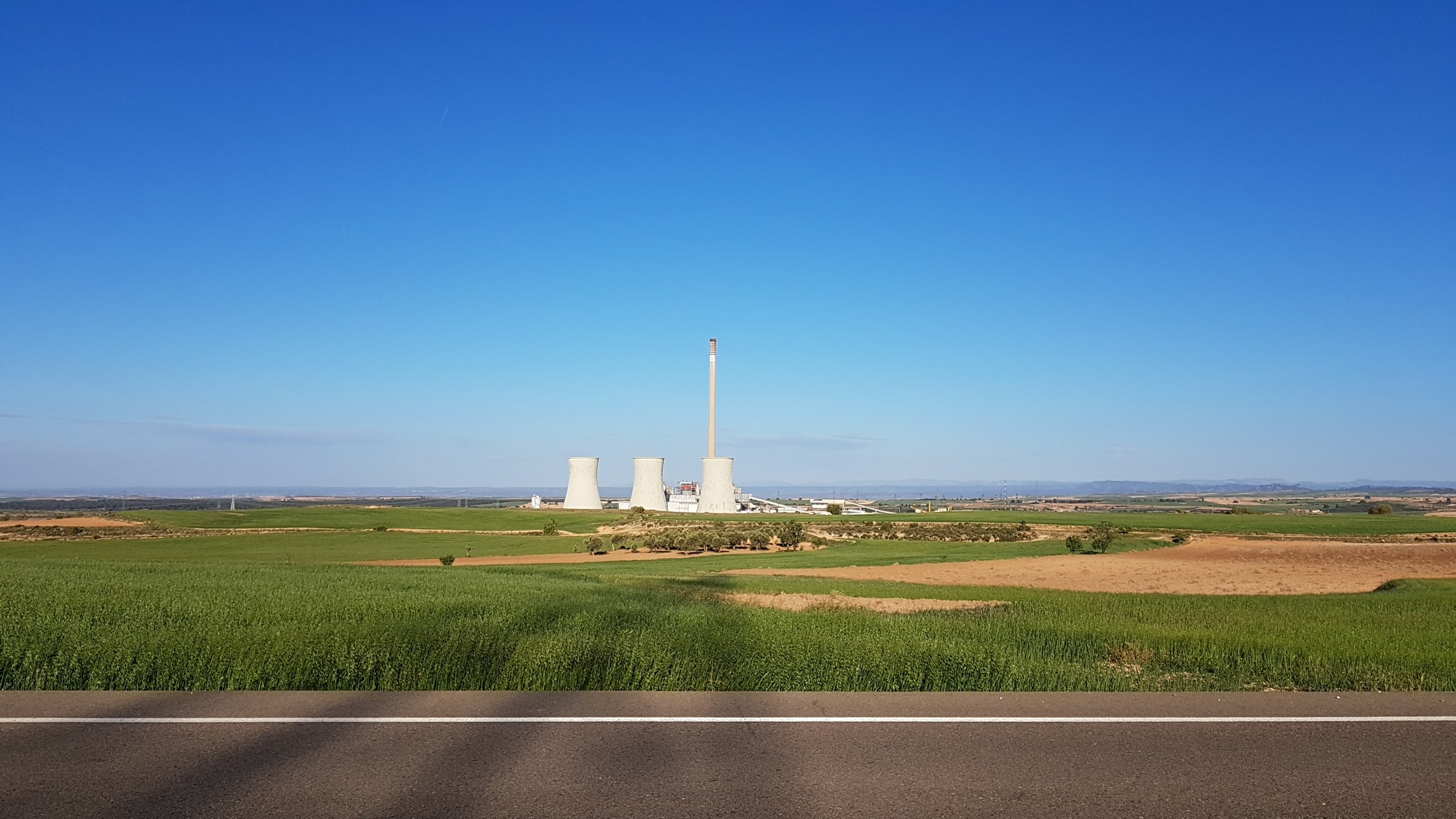 Andorra in the community of Aragon is marked by a carbon power plant in the north which is owned by Endesa and has a power of 1101 MW. Its shut down is planned for 2020, but it has already got prolonged several times due to the fact that many jobs depend on its existence. What is interesting is the question if there is a correlation between the very high bar density in the village and the pressure coming from the European Union to close the power plant.

Going to the west of Andorra, there quickly comes pure nature with the lowest density of citizens over the provinces in whole Spain. 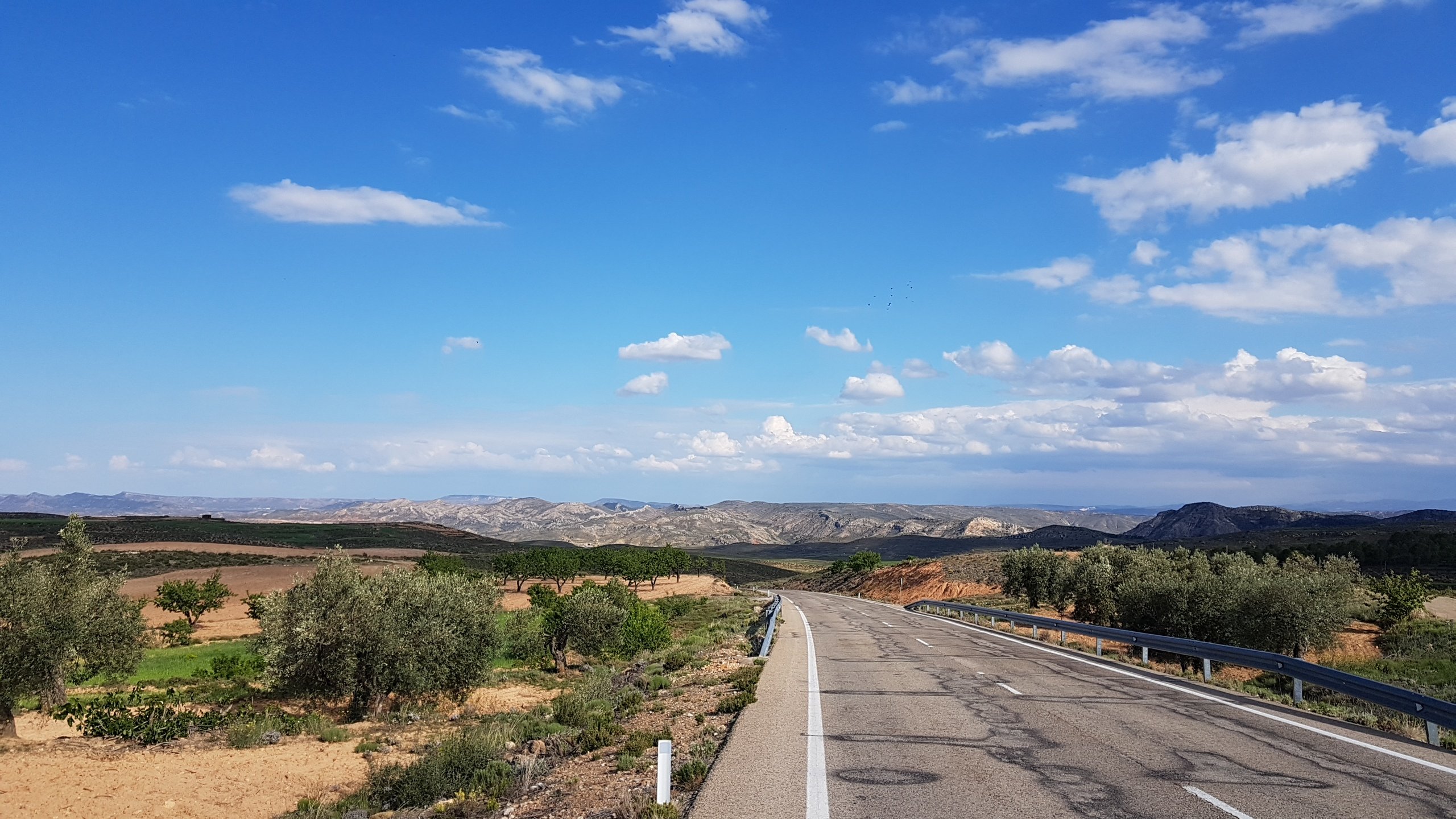 There was a moment when the sky suddenly turned black and a huge group of vultures (de Geier, es buitre) of the type leopard appeared. Probably they were looking forward to the chance that I will never arrive at my destionation 🙂 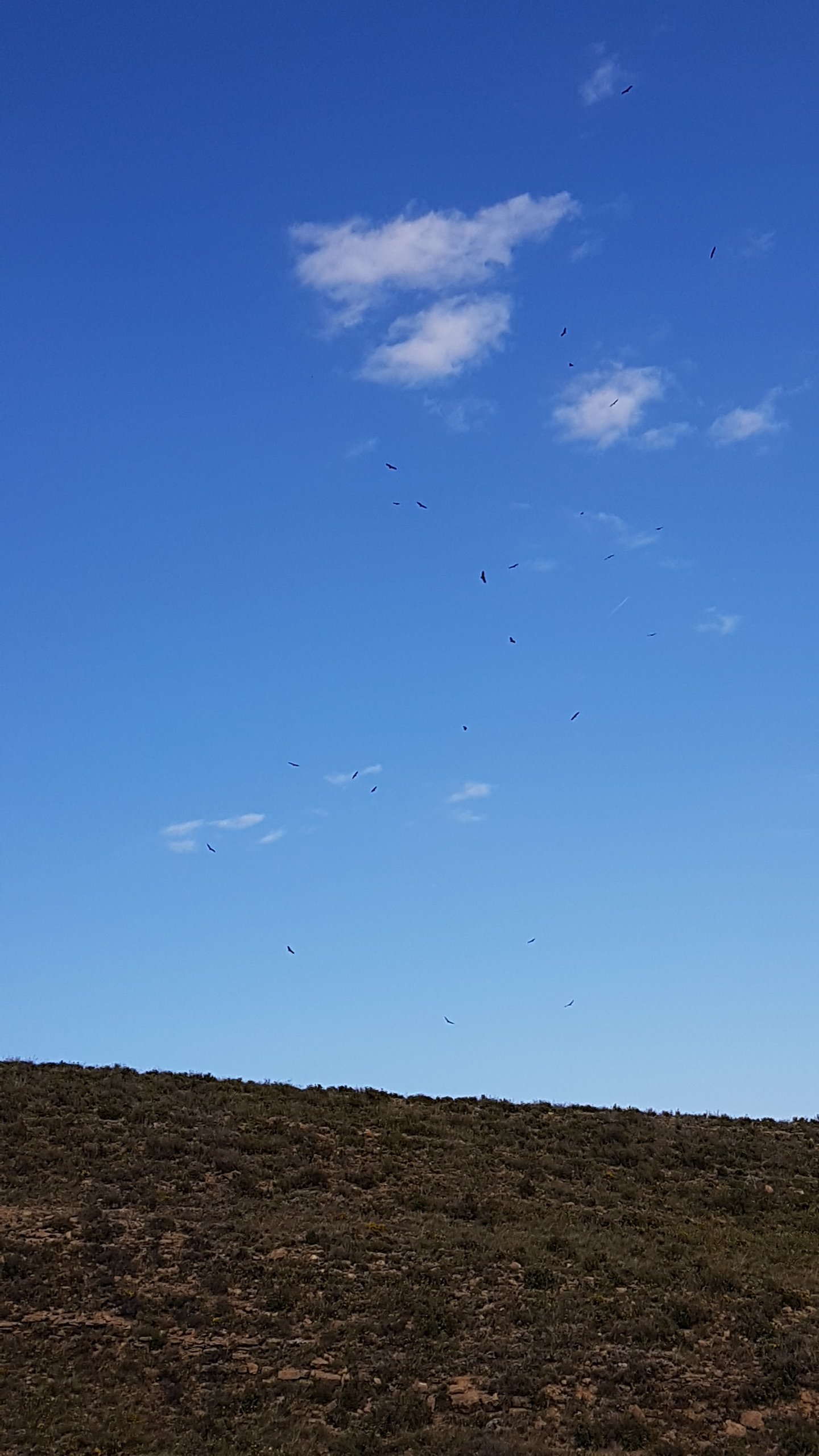 50% of the leopard population in Spain shall live in Aragon. They can weight up to 11 kg and have a wingspan over 2.5 meters. Although the goverment of Aragon is looking well for them (e.g. they get fed by an official feeding service), their life is in danger because of the wind turbines that are more and more installed in the countryside of Aragon.